Despite rapid innovations in accelerated parallel computing and machine learning, many banks have yet to make the leap from the big data era into the Extreme Data Economy, and the gap between the data-aware bank and the data-powered bank is widening. Closing this gap requires much more than continued investment in legacy big data band-aids. Banks need to organize around innovation strategies that embrace new ways of using data to power customer engagement, while simultaneously fending off disruptive fintech upstarts trying to displace the traditional banking system. The consequences of inaction can be dire. 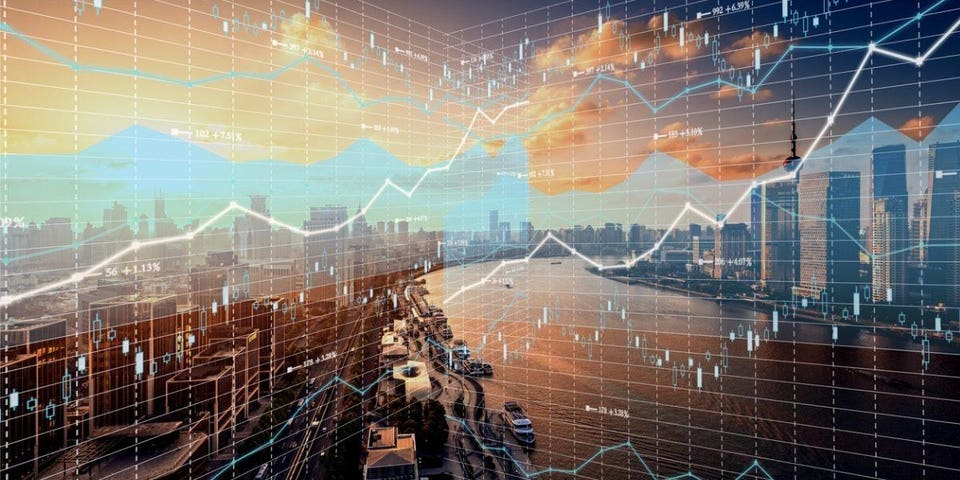 We have entered the post-big data era of the Extreme Data Economy, and banks need to embrace the fintech revolution to fend off disruption and power business in motion.

According to McKinsey, the banking industry’s return on equity (ROE) is stuck between 8 and 10 percent or what many consider the industry’s cost of equity. If banking customers move to fintechs at the same rate that people are adopting new technologies, by 2025, the industry’s ROE could fall to an untenable 5.2 percent. As a result, the banking industry, historically impervious to digital disruption, must now rapidly embrace digital and data-driven change as a means to compete effectively.

For instance, UK Fintech Monzo is growing a massive following through community-building efforts. With a huge emphasis on customer loyalty and community collaboration, Monzo’s customer base has soared by 300 percent, to 450,000 customers over the course of nine months in 2017. Monzo analyzes and categorizes spending habits and allows users to freeze and unfreeze banking cards with a simple tap — capabilities that most traditional banks don’t offer. As a result, banks such as HSBC, Lloyds Banking Group and the Royal Bank of Scotland are in a mad sprint to play “digital catch-up.” Monzo, however, is only one of many fintechs delivering disruptive new offerings. Global investment in fintech is skyrocketing, with fintech financing at more than US$27.4 billion in 2017. This level of investment is representative of the soaring demand for new digital services in banking.

To compound these challenges, new regulations such as the Revised Payment Services Directive (PSD2) in the European Union and the Open Banking initiative in the United Kingdom are removing barriers to entry and requiring banks to provide open APIs to third party providers for accessing customer bank data — essentially eliminating traditional bank monopolies over customer account information and payment services. In short, bank customers will be able to use third-party services, other than their bank, to access their financial data. The move toward open banking is not only a European phenomenon, it is also gaining traction globally, from Australia to India, Singapore to Iran.

What will separate the winners from the losers in this new era? It’s the ability to mine real-time data and instantaneously translate it into a more valuable asset than the competition. For banks to succeed in this new world, they must evolve beyond massive data swamps to data engines that can process data at unprecedented speed and translate those data insights into unique customer value, immediately. In a world where everyone has access to customer data via open APIs, the emphasis must be on creating a data intelligence layer that enables banks to easily derive data insights across their end-to-end ecosystem. These data insights will not only improve bank security, but will also shape the customer omnichannel by providing new channels for delivering bank services to customers.

The data-powered bank must break down silos across business units — personal banking, credit cards, loyalty programs and more — to create a unified view of the customer. Banks must translate massive volumes of complex data streaming in at unparalleled speed into instant insights, using tools that provide streaming data analysis, visual foresight and streamlined machine learning. This requires that banks embrace new innovations such as accelerated parallel computing and graphics processing units (GPUs) to build a new foundation that not only helps them compete today, but also future-proofs against new disruptive technologies such as 5G, which will provide 1,000 times more data volume than 4G.

We have entered the post-big data era of the Extreme Data Economy, and banks need to embrace the fintech revolution to fend off disruption and power business in motion. Their ability to mine data — their most valuable resource — to create data-powered ecosystems, will be their strongest defense against fintech innovation.

Editor’s Note: This article was originally published in Forbes on 3/6/18